I took loads of photos of this next place we visited yesterday - Kinbane Head. Neither David nor I had ever walked, or should I say, climbed) down to the bottom of the cliff and up the rocks on the other side to the castle ruins before. The weather was fantastic by the time we reached this part of the road and it was a just a really quiet, tranquil and beautiful place to sit and enjoy after the climb. 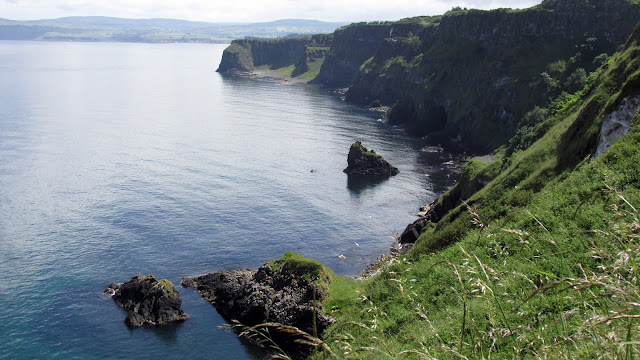 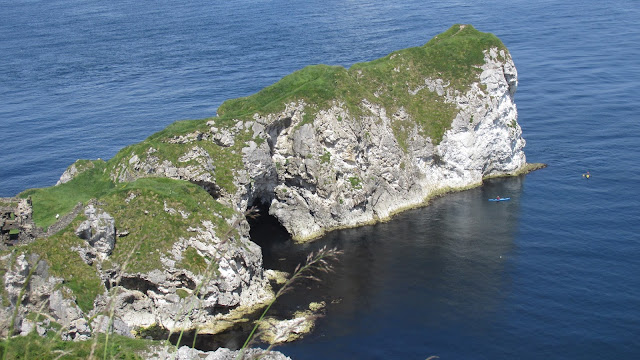 Look at the little canoes to the right of the cliffs to see the scale of the rocks. 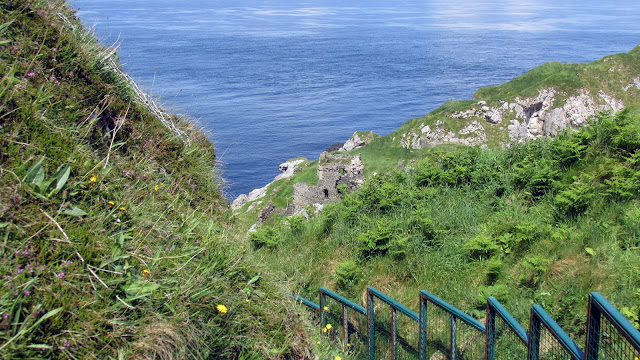 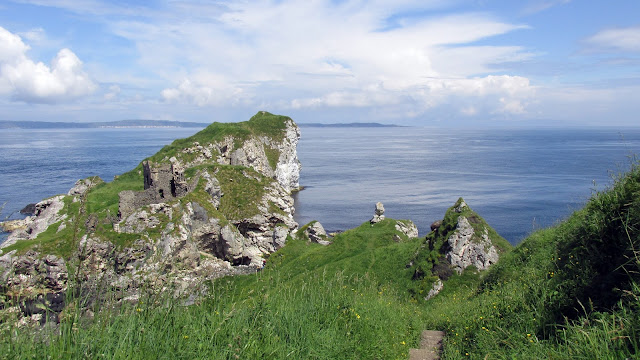 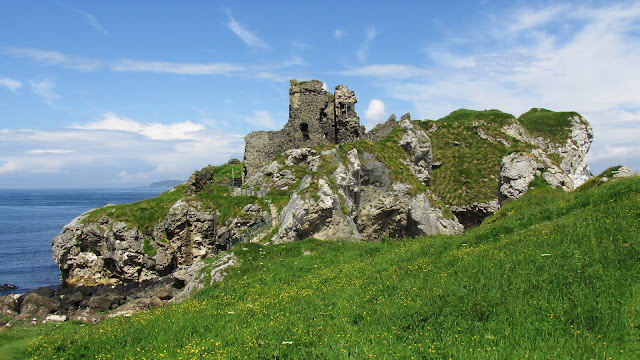 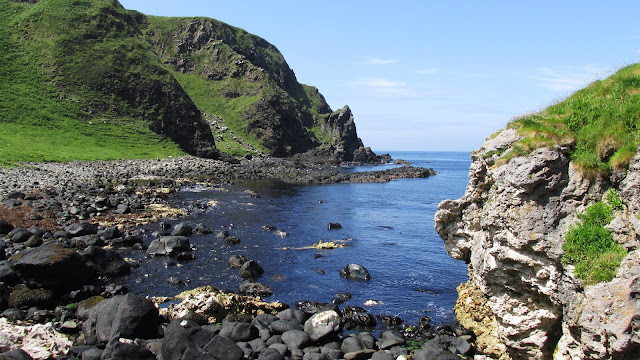 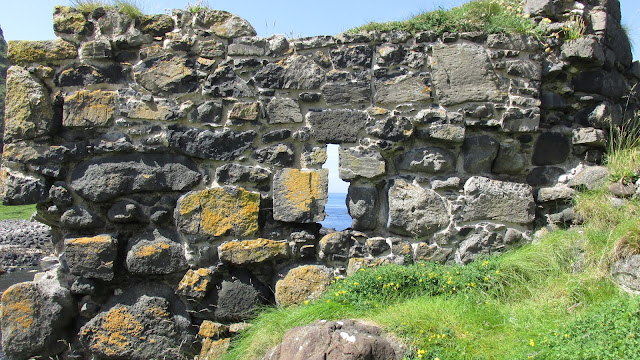 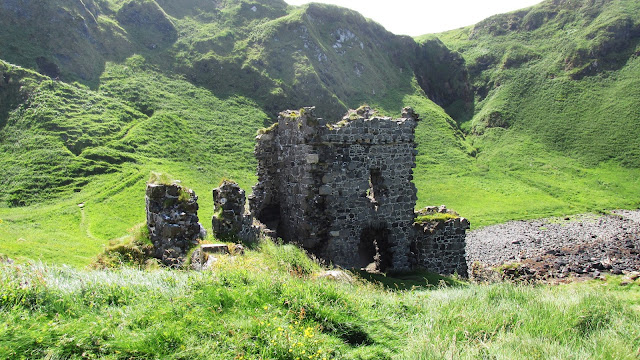 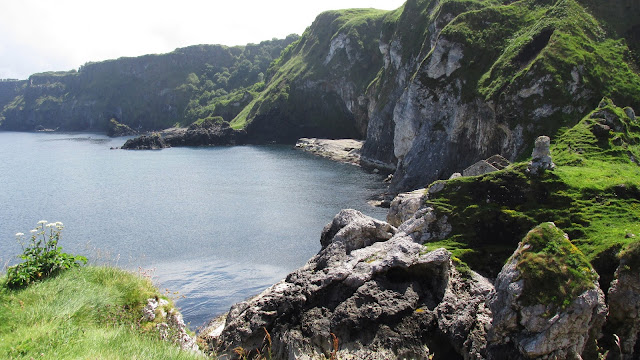 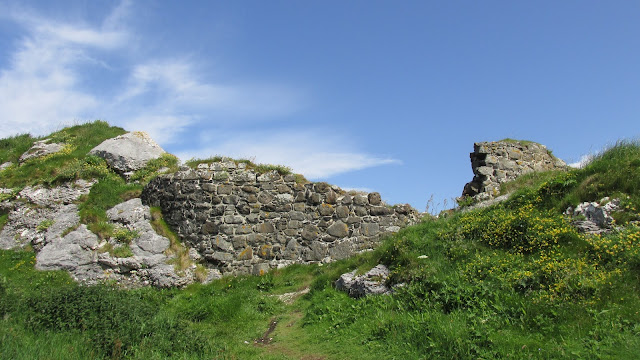 I spotted this wall from a distance and thought I'd like to sit on the low part and admire the view (or catch my breath!) but got a real shock when I realised there was a sheer drop on the other side - see below 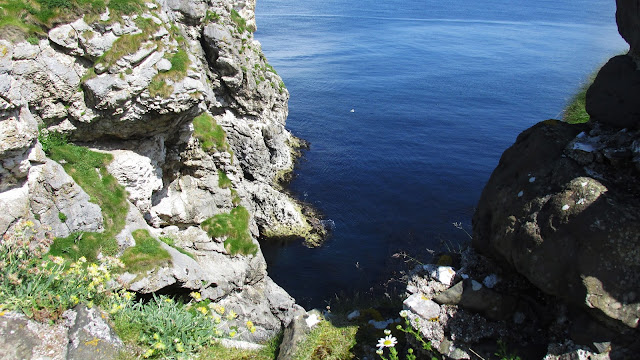 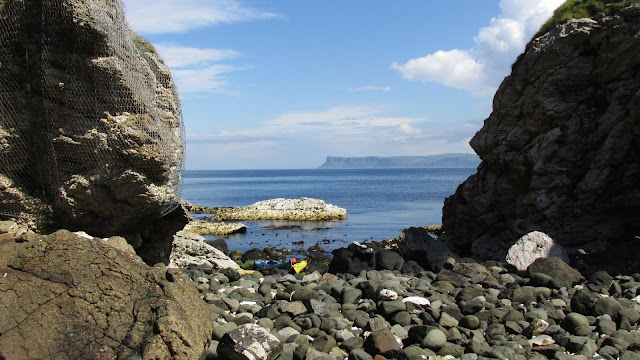 The two men in the canoes had come ashore and were having a barbeque by the time we climbed down from the castle - they got me to take a photo of t hem with their phones so they could send it to their friends who were at work :) 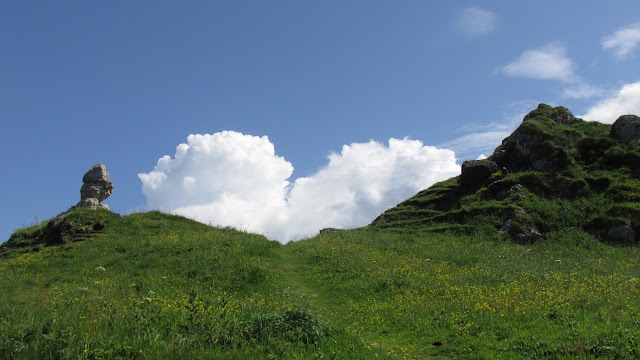 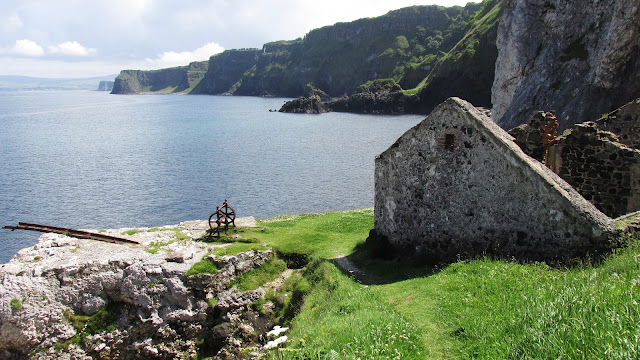 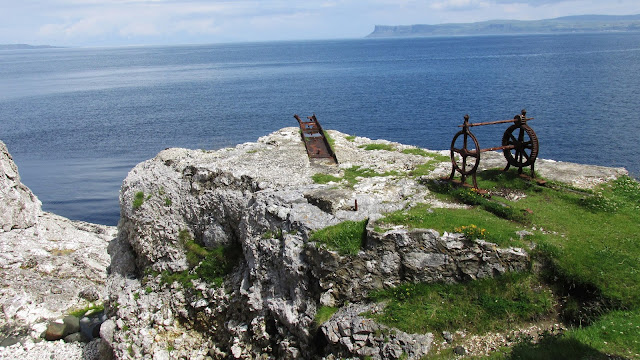 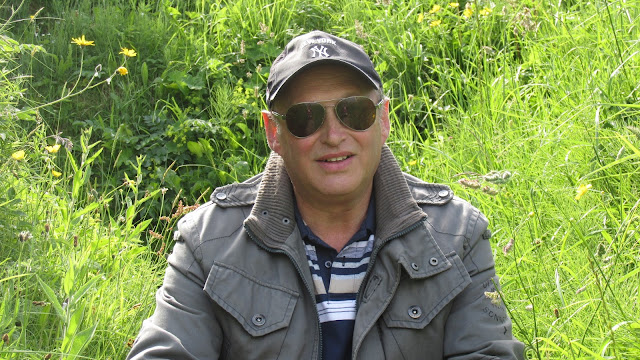 Back down and on to Ballintoy 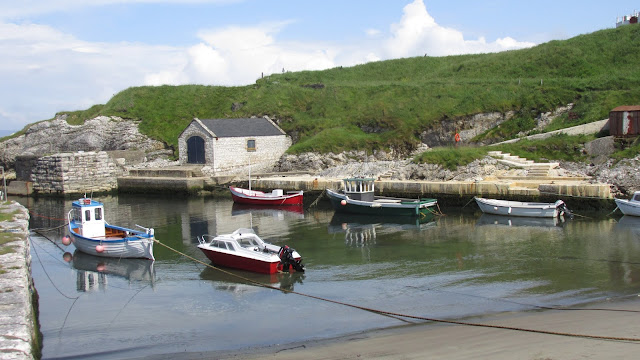 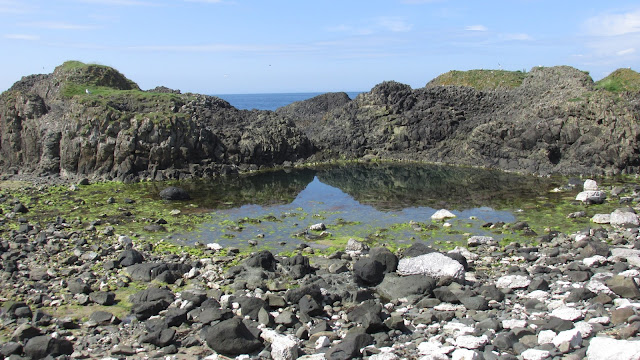 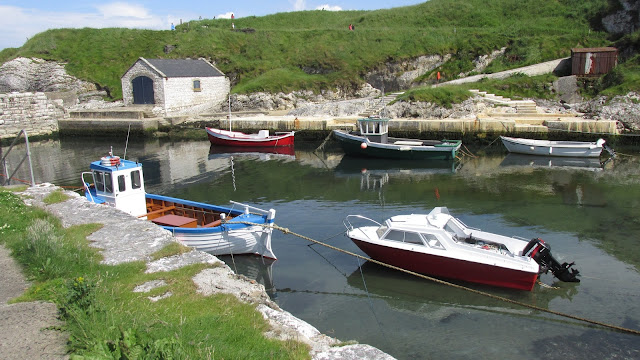 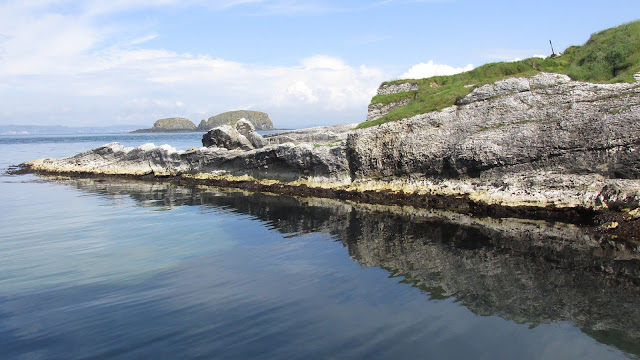 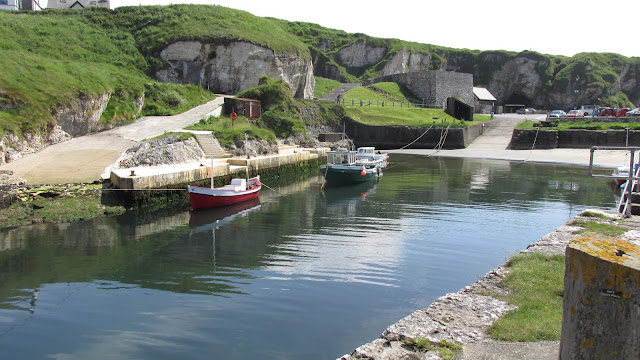 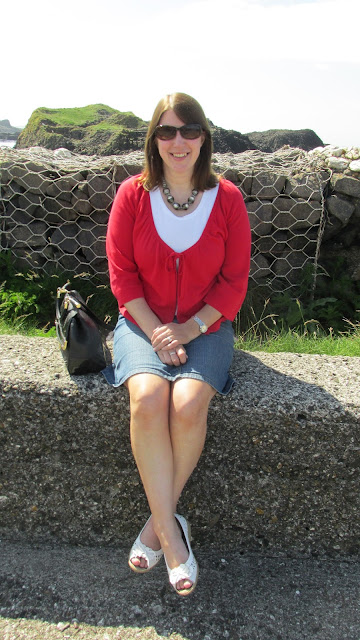 Chilled out and enjoying the moment :) 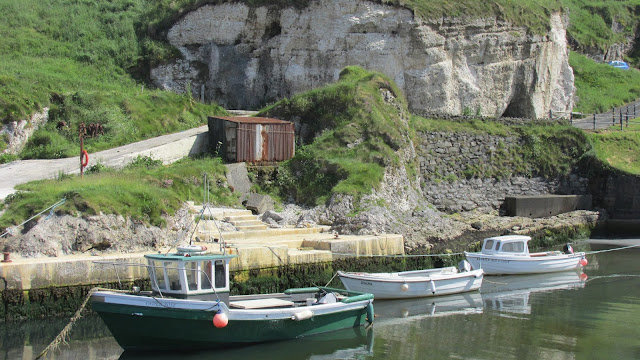