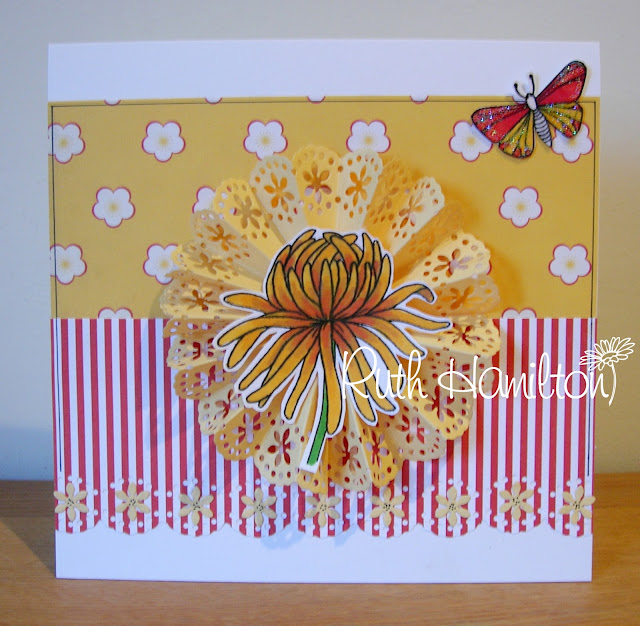 I'm still having a little bit of trouble with the lack of light so I know this is a little blurred - but I'm sure you'll get the idea!
Tonic Studios have just released a new set of doily dies! You might remember way back in November when I got my new set of border punches to play with that I used them to make circles (you can see the original post HERE) ...well , the border punches were never really designed to do that but I really enjoyed the challenge of  finding a new way to use them. Lots of you tried and succeeded but several just couldn't get the hang of it. I suggested to Tonic that it would be a great idea if they could produce a set of dies to make it achievable in an instant......and here they are!!

UPDATE; for all who've been asking, these new stamp sets (and the new doily dies )are all now available from Cutting Edge Crafts - great news as I know how quick their delivery service is and they also do free p&p!!

The main image is another Chrysanthemum stamp from the Pick of the Bunch collection and I've coloured it with Promarkers.
The doily on this card is the Simplicity Daisy Circle die and I've used its matching border punch on the card too. I've taken the little punched out flowers from the yellow card and attached them to the cut outs on the border.
This is one of a set of cards which I made for Create and Craft.The Chrysanthemum and Rudbeckia stamps and the new doily dies will be featured next week - I'll let you know later in the week when the shows will be. 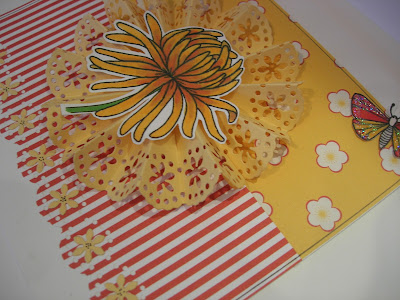 Here's how to make the rosette.. 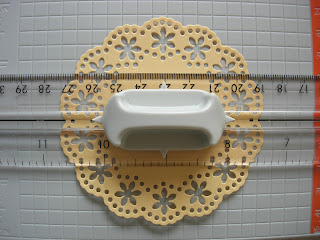 1. Die cut 2 Daisy Circles and score right across the die cut between the flowers 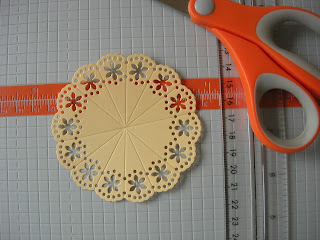 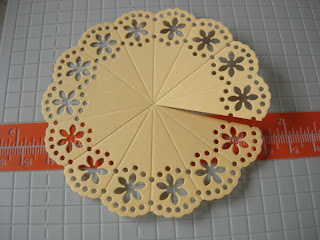 3. Cut along one of the score lines right into the centre (Do this on both Doily die cuts) 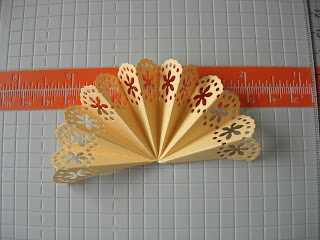 4. Fold the creases in concertina style. 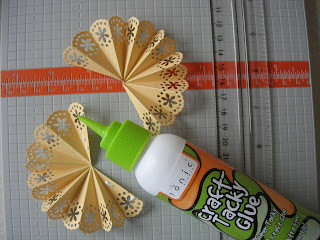 5. Add a little Crafty Tacky Glue to the last 2 pieces and stick both die cuts together. 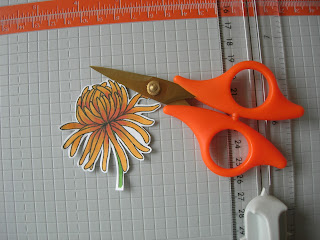 6. Cut out the stamped and coloured image and attach to the rosette.
Posted by Ruth at 08:52