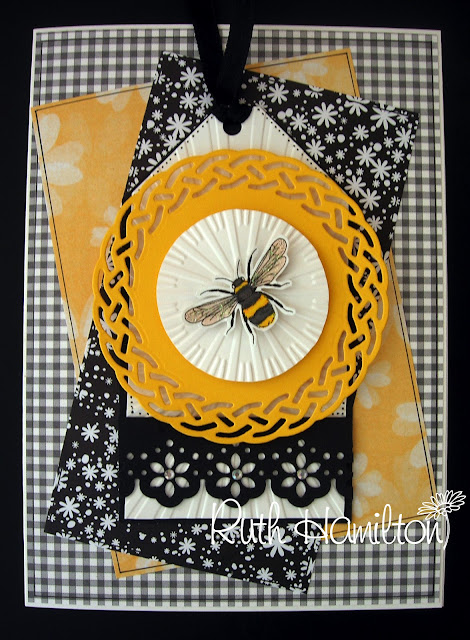 Sunglasses may be needed!! This is my DT for the Sir Stampalot August challenge where the theme is "Take Flight" (something with wings to be predominant on your creation) and I've gone bright!
The rest of the DT  have some gorgeous "winged" projects so do buzz over and check them out.

I was originally going to make a tag but then decided to add the tag to a card as the topper. Gingham again..but I love it! I always think black and white gingham goes so well with yellow anyhow.


The main focus of the card is the Bee stamp which you'll find in the Lily pack from the Pick of the Bunch stamps by Tonic Studios.There is lots of glitter on the wings and I've used 3d foam squares from Scrapbook Adhesives by 3L to pop it up. The beautiful deep border punch along the bottom of the tag is the Daisy Border 2 punch.The fantastic yellow die in the centre is another "coming soon" Tonic product!

THE CHRYSANTHEMUM AND RUDBECKIA PACKS OF STAMPS FROM THE PICK OF THE BUNCH SET WILL BE FEATURED ON CREATE AND CRAFT TODAY AT 5.00PM ALONG WITH LOTS OF OTHER TONIC GOODIES.

Here's the prize from Sir Stampalot for this month! 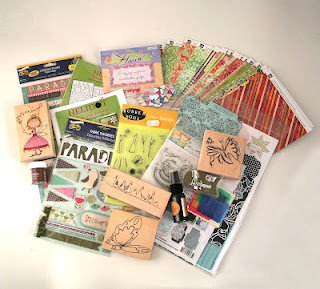