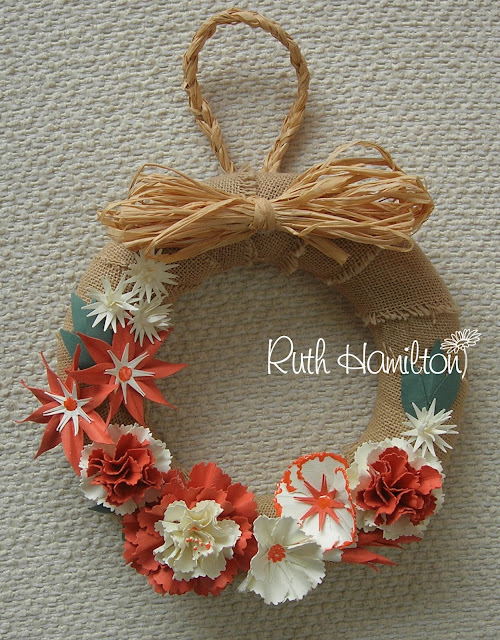 I was going to hold onto some of the photos of my makes with the 3rd and 4th releases of Punch and Stamp sets until they were more widely available but just thought I'd share this one in the meantime. (They will be available from retail outlets from the beginning of April.) 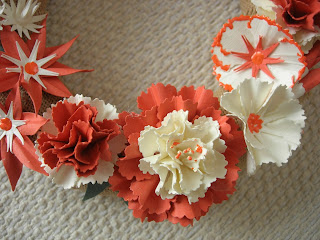 All of the flowers on this ring were made from the punches in the Carnation, Sweet William, Peony set. I particularly like the little straw flowers at the top left as they remind me of so many days spent years ago flower arranging.. 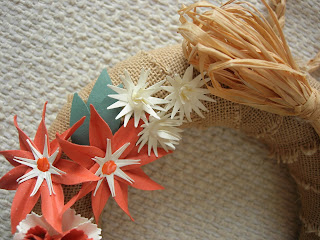 Something strange happened to this one when I sent it over to Create and Craft for one of the shows....It was nowhere to be seen among the samples - until it appeared as a bracelet on "Magic Hands" when he/she put an email in the cup! Don't suppose anyone else noticed, but I always keep an eye out to see where my samples have been put ;) 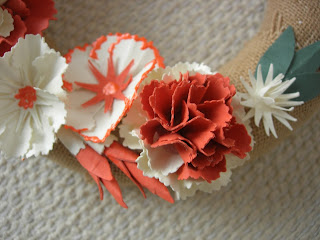