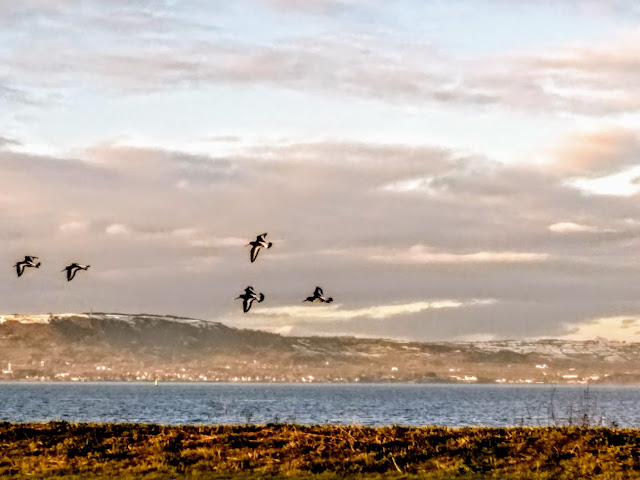 We haven't had much time or energy for walks lately but late yesterday afternoon we had a quick trip over to Laganside and Victoria Park. There's plenty of wildlife around and I watched these Oystercatchers for a while before they all decided to fly off. 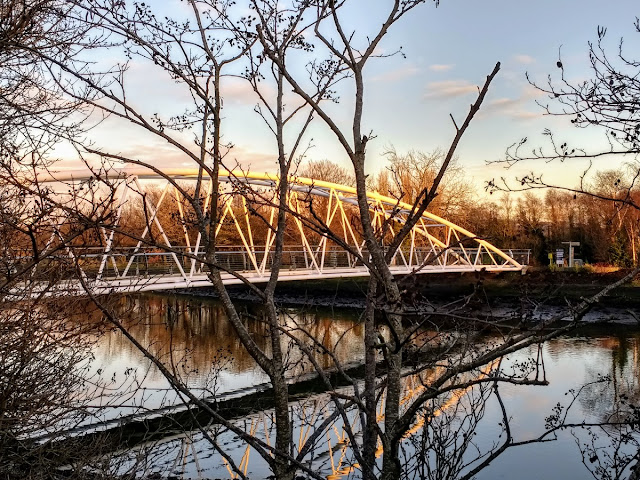 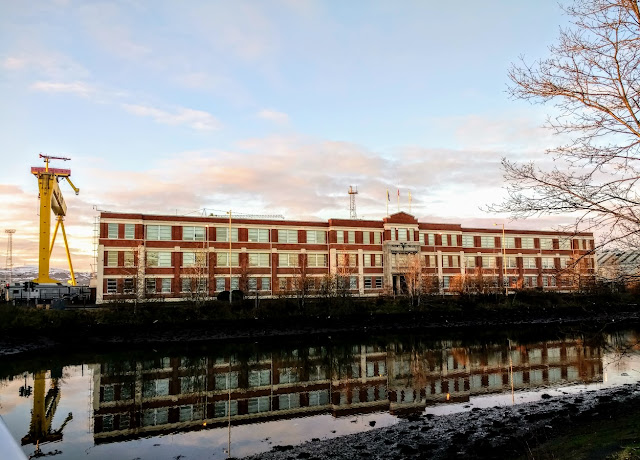 Short Brothers building with one of the giant Belfast Shipyard cranes in the background. 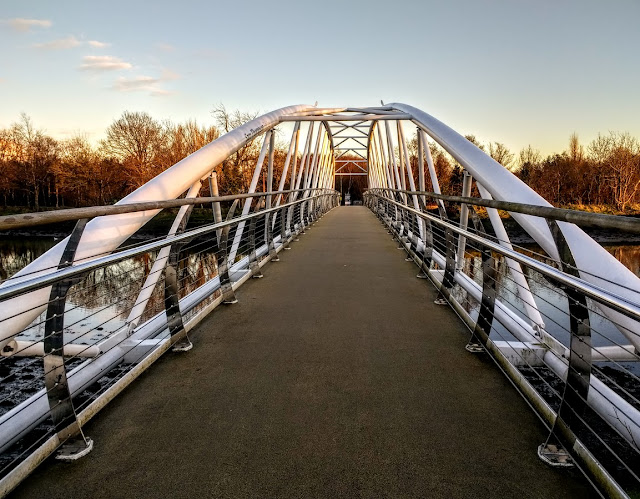 The Sam Thompson Bridge.
Named after Sam Thompson (1916- 1965) from East Belfast, who worked in the shipyard, was a trade unionist and later playwright. 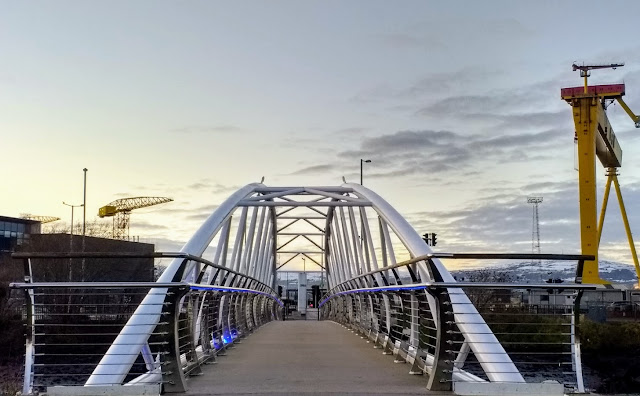 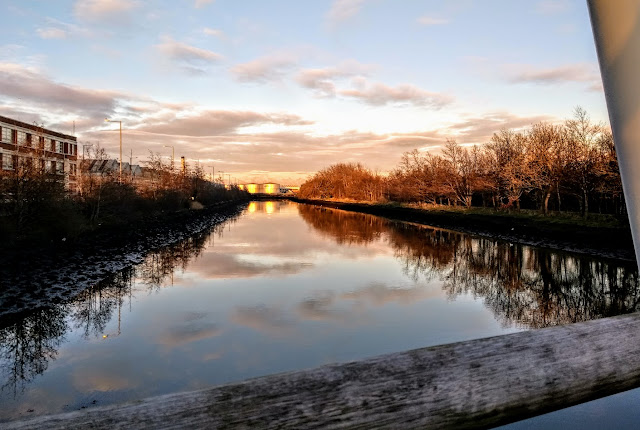 From the bridge towards the harbour. 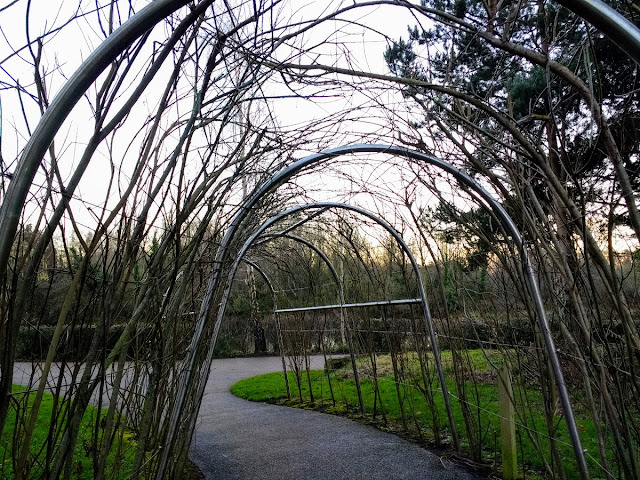 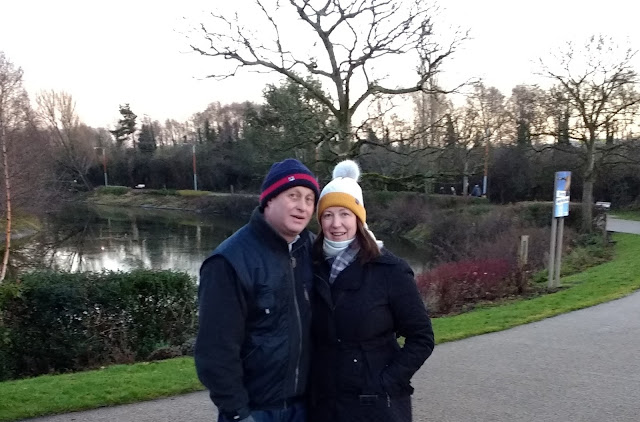 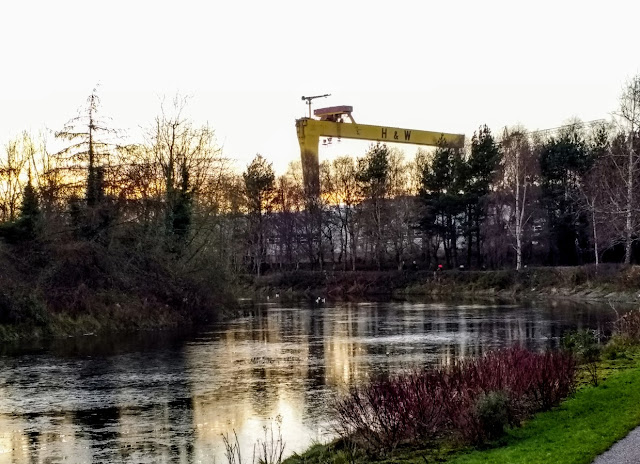 Ice on the water. 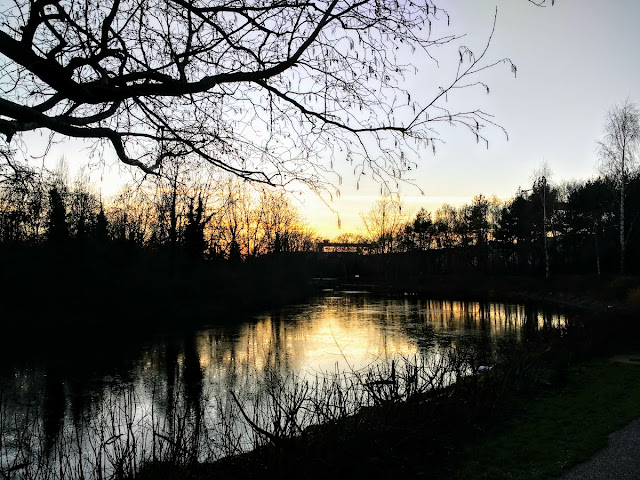