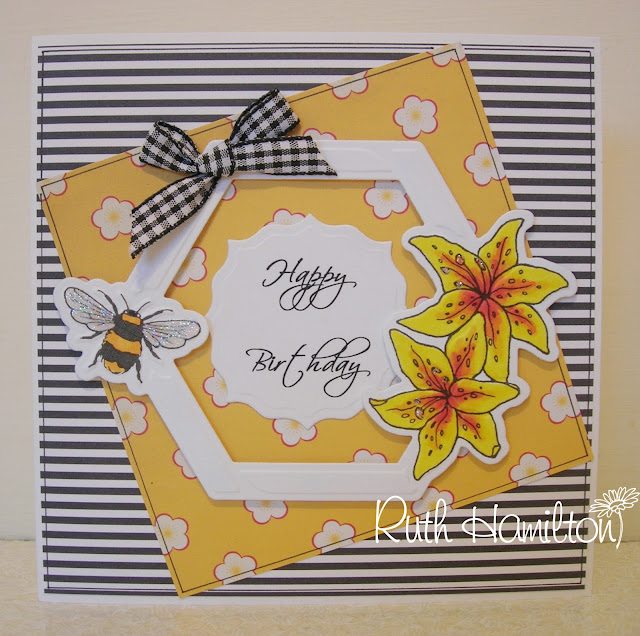 As the blog title says, I've been buzzing around like a busy bee! No boring details save to say that I've spent a lot of time in hospitals (A&E etc) over the past week and have had no time or inclination to make cards  - or even do my Christmas shopping!

However, as someone has asked about the Lily Window die which I designed for Tonic Studios I just realised that I had never blogged the photos of 3 of the sample cards using this die which I had made for Create and Craft. Thankfully I did remember to take photos of them before I posted them over.

These should show the different ways this die and the Clear Stamp Die Toppers can be used.

In the top card I've cut the window out in white and stamped the lilies and bee and embossed the whole die cut to add detail. I have removed the inside of the frame and added a greeting on a smaller diecut. 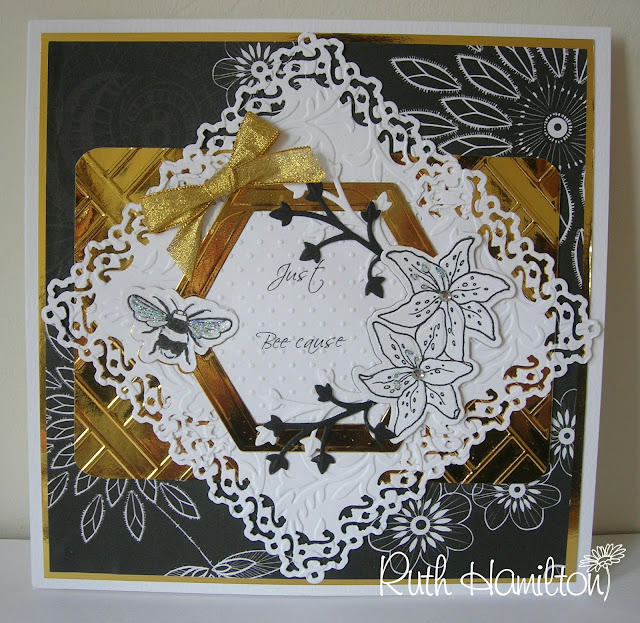 For this card I've diecut the frame in gold card and another in white, then stamped and embossed it before adding glitter and gems.
The little black and white ivy leaves are die cute from the Window Basket die set and the white background is made up of 4 Vine Square dies 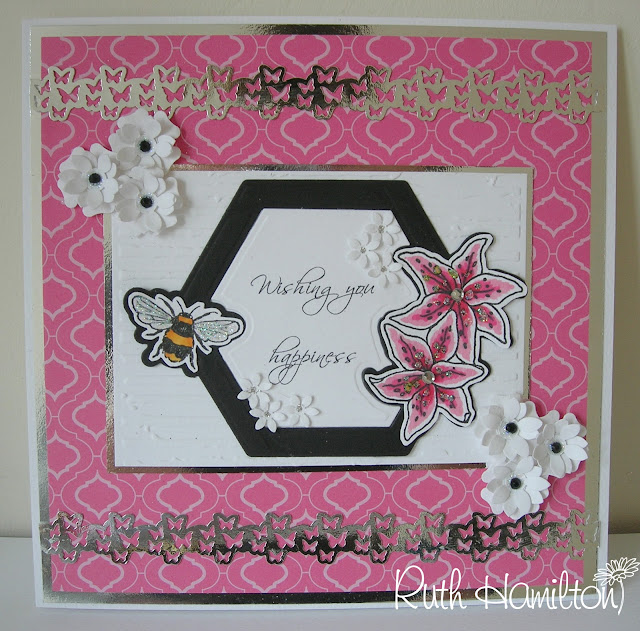 For this card I've diecut the frame in black and another in white, then cut off the lily and bee part from the white frame. Then I stamped, coloured and embossed those parts and added glitter and gems. The dimensional flowers at the edges are Petal Pairs with gems in the centres and the silver strips at the top and bottom were created with the Tonic Studios Butterfly strip punch 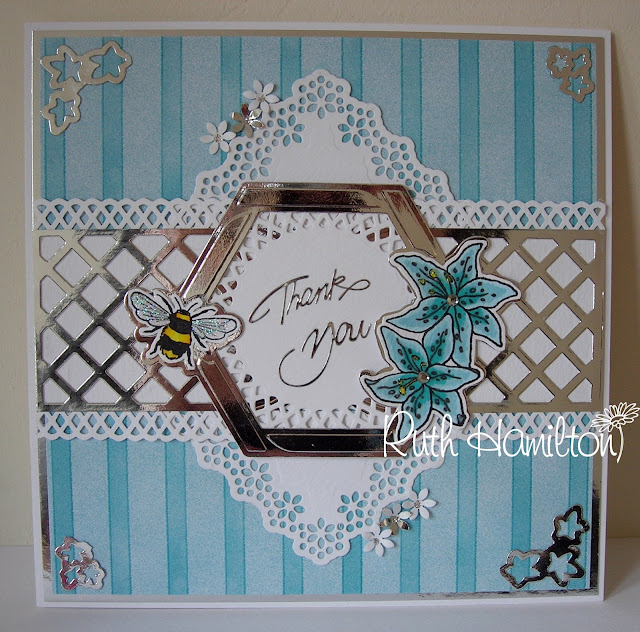 The card above is one which I did blog earlier but before the details were available. The silver lattice behind the Lily Window diecut is made from 2 Trellis Wall dies trimmed to fit and the silver ivy "outlines" in the corners were snipped from the Peony Window die
Posted by Ruth at 12:02