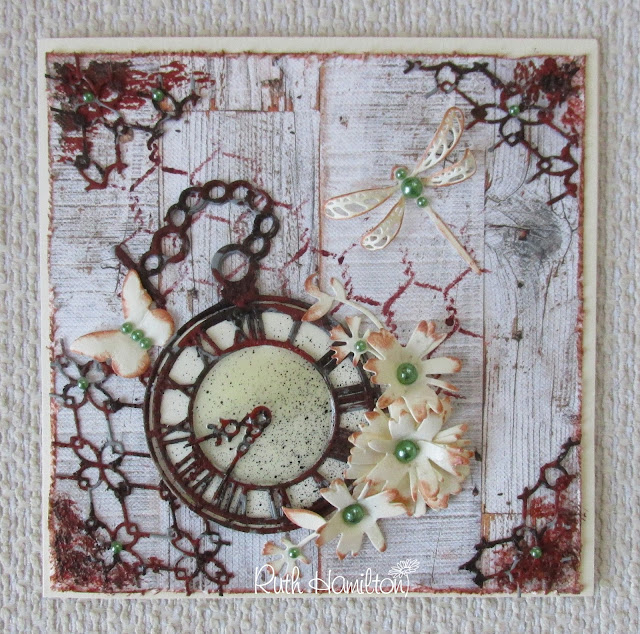 I've been using the Folk Art Painted Finishes from Plaid on some 3D projects and thought I'd like to try them on some cards. I used Trimcraft's "Wild at Heart" paper, distressed the edges with scissors and inked with Dovecraft Natural ink pad. Then I used some Folk Art Chalk Paint to stencil the chicken wire from a Folk Art Stencil (2 piece with chickens and chicken wire - 31624). I die cut a Trimcraft panel die and painted with the Rust Finish in both shades (light and dark), cut it into pieces and glued to the corners of the card. To get the more dimensional effect of the watch I die cut it 3 times and glued on top of each other- then added the rust finish and glued on top of a circle of cream card which I had spattered with Rich Black Chalk Paint from a toothbrush.Finally I added some Mod Podge Dimensional Magic on the face. 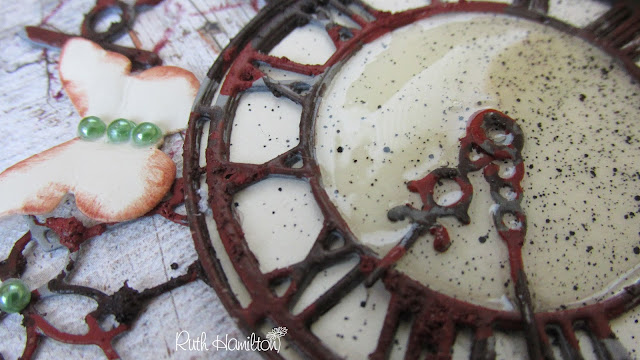 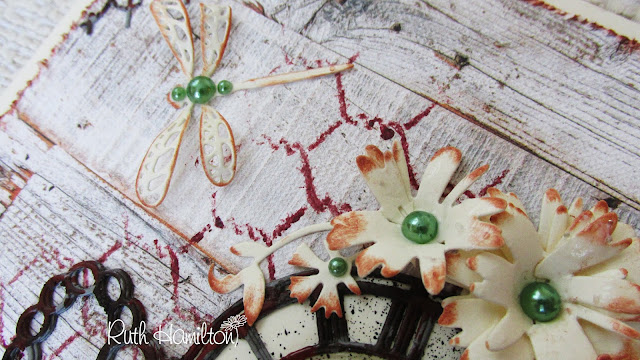 The flowers and dragonfly were made using the new Dovecraft Painted Blooms die set from Trimcraft. I inked the edges and added Simply Creative pearls. 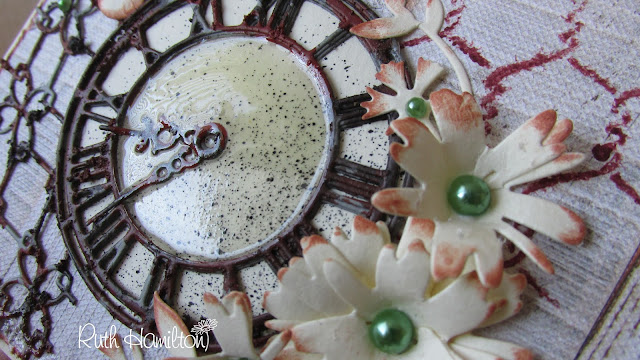 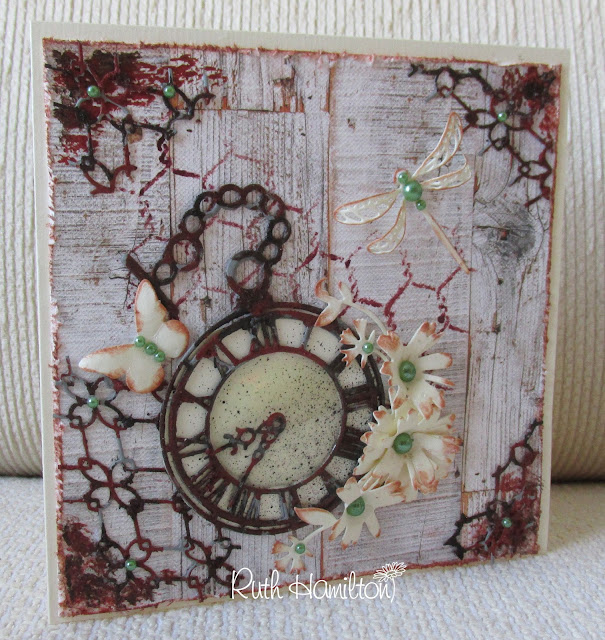